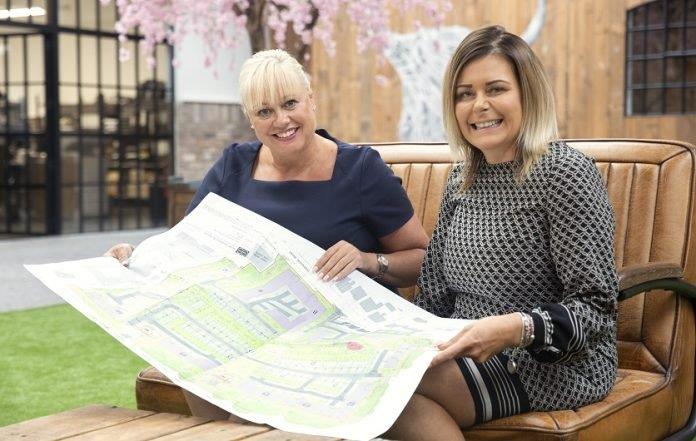 haart in Derby has been appointed as estate agents for the new 800-home historic Nightingale Quarter, due to be constructed on the former Derbyshire Royal Infirmary site.

It is the latest in a series of successful account wins for haart’s land and new homes division, which is part of Spicerhaart, the UK’s largest independent estate agency group.

Developers Wavensmere Homes are developing the Derby city centre site, named after the nurse Florence Nightingale, who was an adviser on the redesign and management of the hospital in the 1860s.

haart, which is due to open a new flagship branch in the centre of Derby, is already handling enquiries for the first of the 1, 2 and 3-bed apartments and houses, which will soon be released for sale and the take up so far has been incredible.

Claire Drewett, Divisional Sales Director for haart Land and New Homes, said: “We’re extremely thrilled to have been chosen to market this development. It’s a huge site and we’re incredibly proud to be involved.

“Developers of new homes are recognising the importance of our local knowledge backed up by our FLINK marketing technology, which is exclusive to us in the UK. This uses social media to find buyers that don’t even know they are looking, resulting in a quicker sale and a better price.”

The infirmary’s iconic pepper pot buildings will be retained for community use, with residents having access to numerous facilities including a café, gym, exhibition space and meeting rooms. The 18-acre site will also have large amounts of green open space, as well as open air fitness areas, cycle route and children’s play area.

Wavensmere directors said they were impressed by haart’s knowledge and professionalism during a lengthy and highly competitive interview process.

Wavensmere Homes Sales Director Donna Smith said: “Once we met with haart we knew they were the right agents for the role. The Nightingale Quarter is a site that is already proving incredibly popular with potential buyers and have been inundated with people wanting to be on the list to be first to buy. So, bringing in such an experienced agency was very important to us in taking this forward. We anticipate buyers from all over the country to be attracted to this flagship development, the likes of which are rarely seen in City Centres these days”

For information about the properties for sale at Nightingale Quarter, please contact haart’s Derby branch on 01332 361621 or visit https://qderby.co.uk/

YOUR HOME MAY BE REPOSSESSED IF YOU DO NOT KEEP UP REPAYMENTS ON YOUR MORTGAGE. Spicerhaart introduce to Just Mortgages Direct Limited which is an appointed representative of The Openwork Partnership, a trading style of Openwork Limited, which is authorised and regulated by the Financial Conduct Authority. Just Mortgages Direct Limited Registered Office: Colwyn House, Sheepen Place, Colchester, Essex, CO3 3LD. Registered in England No. 2412345